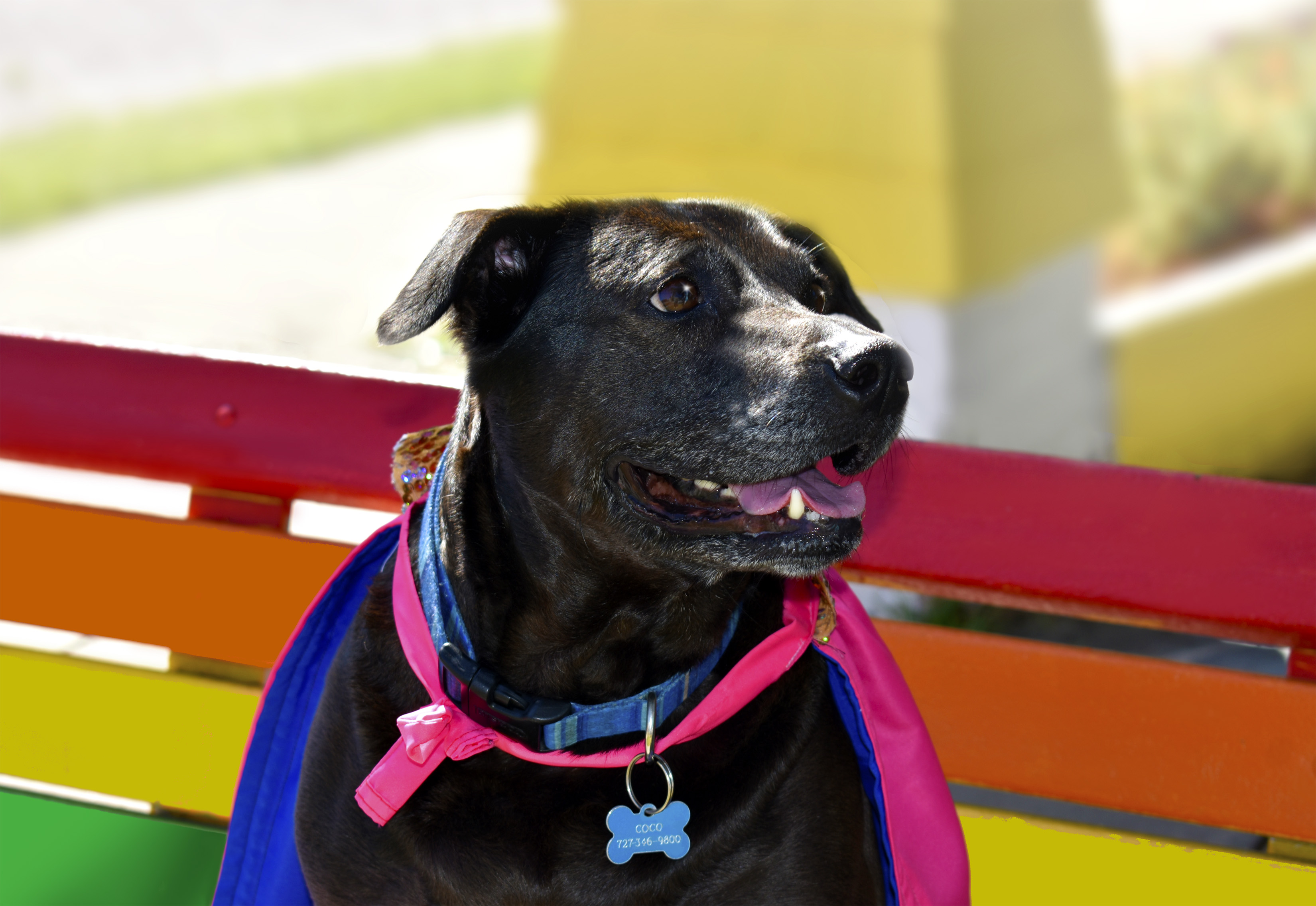 After proprietress Veronica Champion lived at the inn for a few years, she realized that a town as dog-friendly as Gulfport would welcome a four-footed innkeeper. Coco came to live at the Peninsula first for  a sleepover – after all, not every dog loves living in a public space.

In 2018, Coco needed a new home because her human parents had to move to an assisted living facility. Until they found a solution, they’d boarded her, but as the costs mounted, they debated having this gentle lady euthanized. A Tampa Bay area cocker spaniel rescue heard of Coco’s plight and posted about her on Facebook, and that’s where Veronica discovered her, although this sturdy chocolate lab mix is no cocker spaniel!

Coco’s a mature girl who rarely barks, loves other dogs, and enjoys people. It was clear by the end of her sleepover she wouldn’t go back to boarding; she’s lived at the Historic Peninsula Inn ever since. 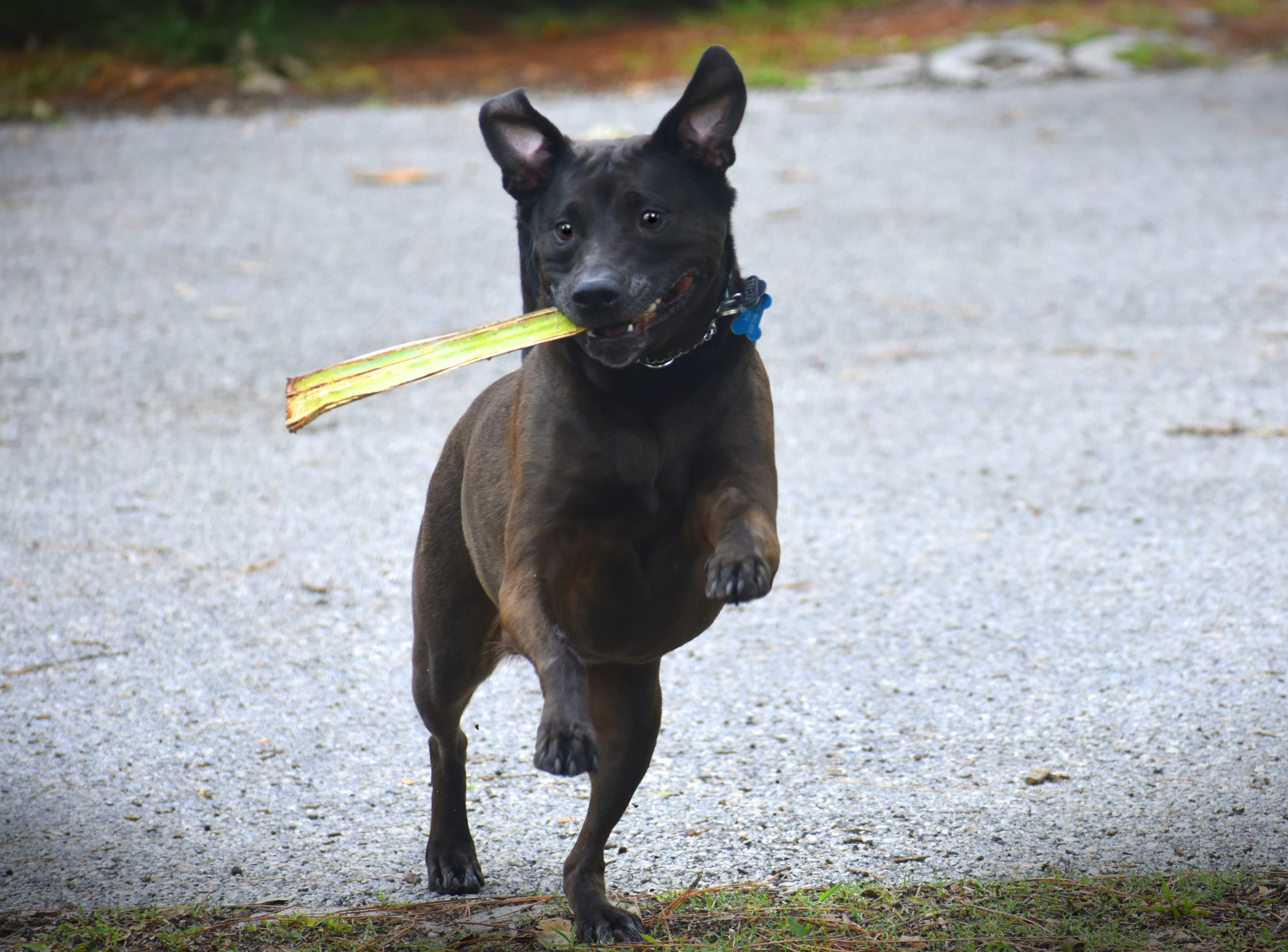 As our doggie innkeeper, Coco loves to greet guests and supervise the inn from underneath Veronica’s desk. She surrounds herself with her toys. Coco shows her toys love by chewing on them, which may seem odd, but the toys rarely complain. She loves people, too, and she shows that by asking for pets and sharing her toys with them.

In 2020, the Gulfport Historical Society held a fundraiser to “elect” Gulfport’s first pet mayor; people could enter their pets and the pet who raised the most money ($1 equalled one vote) won. Guess who raised more than $2,000 for dog rescue? That’s right, Mayor Coco.

Coco loves her cape and officiating at Gulfport events, and takes her role as pet mayor seriously. When she’s not doing her civic duty, you can find her in the lobby of the Historic Peninsula Inn, where she’s not only mayor, but queen of our hearts. Stop by and pet her. If you’re nice, she might even show you her cape!

We use cookies to enhance your experience and improve our services and our website’s functionality. By continuing to use our website, including remaining on the landing page, you consent to our use of cookies.